A Year of Borrowed Men is based on a true story. My mother grew up in Germany during World War Two. She was just a little younger than this photo during the time of the story:

Only a few photographs remain of my mother’s family farm in Northern Germany: 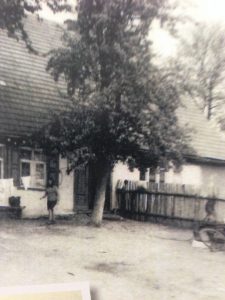 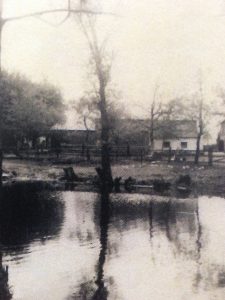 Many farms were struggling because the men who worked on them had gone to war. My mother’s father hadn’t wanted to fight in the war, but he was not given the choice. The government sent prisoners of war to work on German farms, and my mother’s family received three of them from France. The rule was, they were supposed to be treated as prisoners, but my mother’s family found a way to befriend them.

My mother and her four older siblings: 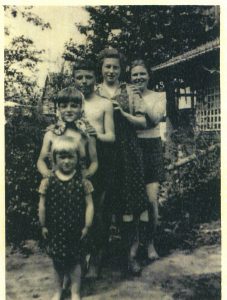 Here is the motivation for this book, and all of my most recent work: my mother and her life. 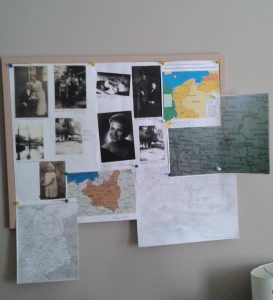