The Place That Inspired My Novel

“The House of One Thousand Eyes” was the name given by Berliners to the Stasi headquarters, home of East Germany’s most important and most feared officials: the secret police. House One was the centre of the gigantic headquarters and included the offices of Erich Mielke, Minister for State Security from 1957-1989. The building has been transformed into a museum displaying, among other things, some of the ways the Stasi used to spy on East German citizens. Mielke’s offices have been left almost completely intact. I visited headquarters when I was in Germany to do research for this novel.

This was the entrance to House One of Stasi headquarters. Note the canopy in front, which was intended to block the view of the entrance. 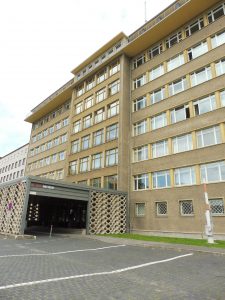 A partial model of the extensive grounds which comprised 49 “houses” and covered one square kilometre. 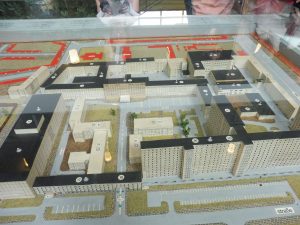 Here is the foyer that Lena would have cleaned, with its three red flags, two sculptures (of Karl Marx and Felix Dzerzhinsky) and the shiny black floor. 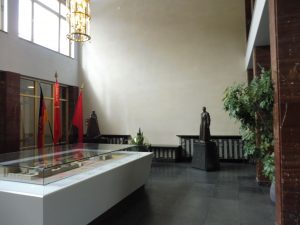 This is what the hallway looked like that Lena would have vacuumed: 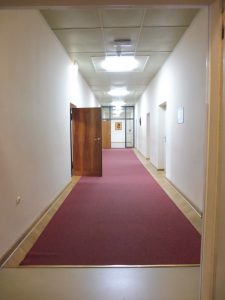 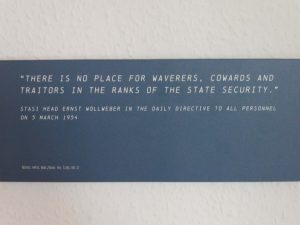 How did the Stasi keep track of its citizens? Here are a few examples:

A wallet equipped with a hidden camera: 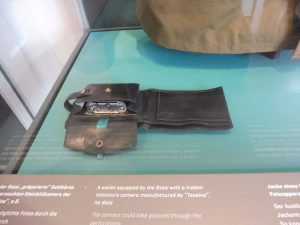 Listening device inserted into a door: 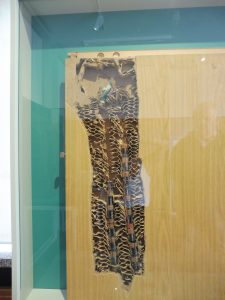 A button that was in fact a hidden camera: 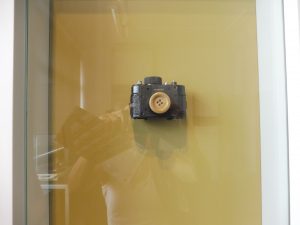 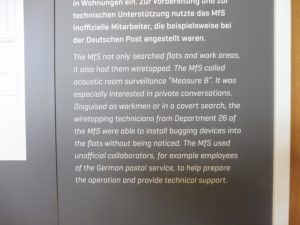 How did Erich Mielke like his breakfast every morning? In the novel, Lena called him the “diagrammer of the breakfast table,” and he was. His private secretary followed very precise instructions: 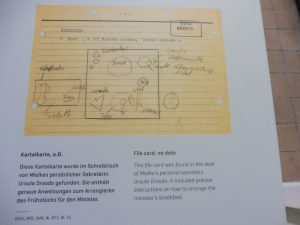 Here are some photos I took of what remains of the Berlin Wall. Many of the sections are works of art in their own right. 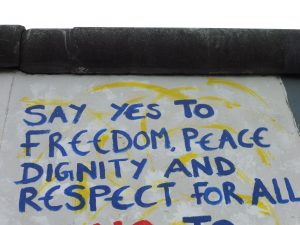 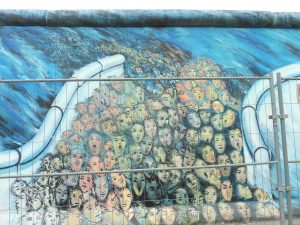 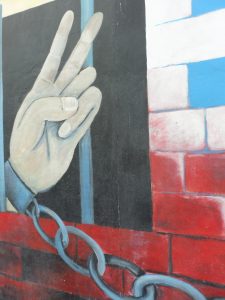 The interactive DDR Museum in Berlin is a great place to go if you want to have a real feel for what life was like in East Germany. Here are some photos that show the typical interior of an East German apartment. 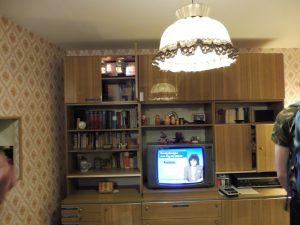 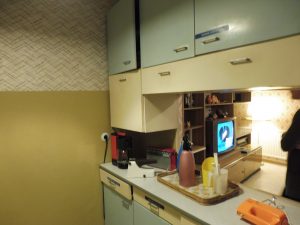 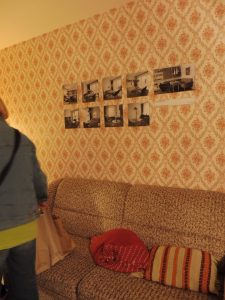 And this was what a typical jail cell would have looked like, if you had the misfortune to be arrested: 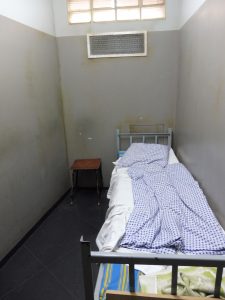 Some of my favourite movies from that time period include:

The Lives of Others

and the TV series, Deutschland 83.

Some excellent books on East Germany include: