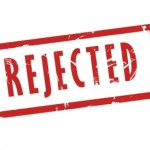 Any writers who send out their work are familiar with that refrain. Worst two words in the English language, right? ‘Dear Writer’ not only means it’s a rejection letter, but worse: a form rejection. It doesn’t just say, ‘We didn’t like your work.’ It says, ‘Honey, we don’t even want to know your name.’

It’s very hard not to take this personally. No matter what you write, your work is always personal in some very deep way—and that’s leaving aside the investment of precious time you’ve made in it, as well as the fact that most of us have to put in the hard work before we get paid. If we get paid. It’s never a given. This is a job that creates depression, neuroses, and a tendency to drink far too much red wine.

Today I want to send love to all of you writers who have the courage to send out your work. It does take courage, as well as a large measure of faith. I also want to share a secret that might help. Yes, the writing is personal. But sending your work out? Pure business. That’s all it is. If you can separate your heart from the business side of things, you will be several steps ahead of the game.

And that’s another thing: it’s a game. It helps to remember that. I’m not saying it’s fun. Think the twelfth hour of a Monopoly marathon when your mother-in-law is holding Boardwalk and Park Place, and you’re coming around the board. That kind of game. You’ll want to quit. But hopefully you won’t, because writing doesn’t work so well as a form of communication unless you have readers.

In order to get readers, you need to publish.

Not every home is the right home for your work. Some poems will feel ill-at-ease with all their piercings and frayed edges, wandering into certain upscale magazines. Part of the business of sending out your work is making sure you target the right places.

It’s also worth remembering that editors are people (really, they are). They have bad days. They have preferences. Sometimes their preferences won’t make sense to you. They don’t care. But you wouldn’t want to place your work with someone who didn’t love it as much as you do, so if they say no, consider it at least partially a blessing.

Unfortunately, most editors are so busy that they don’t have time to tell you why they said no. This is a shame. You’ll never know if it’s because they read five dog stories in a row and yours was just bad timing – or if your work really isn’t ready. We tend to be eager about our fresh ink. Letting it dry for, say, a couple of weeks and then rereading it, often saves a lot of heartache. Not that I take my own advice. I love my darlings as much as the next writer.

Submitting one’s work is such a soul-deadening experience that it’s tempting to give up. After five rejections we throw up our hands and say, “See? I knew my work was crap.” According to agent Noah Lukeman, the throwing-up-hands stage shouldn’t start until you’re at submission #50 at least. Even then, don’t throw up your hands (you should never have eaten them in the first place).

I offer a couple of statistics for your consideration:

I give the last word to my personal writing hero, Stephen King. When he was starting out as a writer, he pounded a nail into his wall where he kept all of his rejection letters. Soon the nail was too small to hold them, so he replaced it with a spike—and kept on writing, and kept on sending out his work.

The rest, as they say, is history.