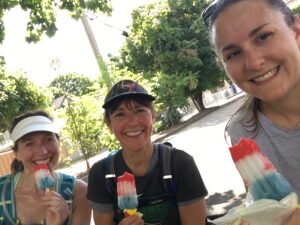 All summer runs should end with popsicles

Last year, on November fourth, I woke up with one of those ideas that pokes and prods until you have no choice but to say, yes, okay already, I’ll do it. I decided I wanted to run the BMO Marathon.

But there was more to it than that. As many of you might know, I have had a complicated relationship with running over the years. I love it more than anything, but I’ve never been able to do it for long without injuring myself. My mantra has always been: go hard or go home. So I’d go hard, hurt myself, and then have to take time off to recover.

I decided that would not be my strategy for this marathon. No matter how humiliating it would be on Strava, no matter how many people would be amazed that a person could run that slowly and still actually be moving, I was going to train for this marathon without getting injured. Which meant: long SLOW runs.

This is not a revolutionary idea. And it’s not like I didn’t know slow training was the proper way to do the long run. I’d been to a lecture by Golden Harper the year before where he’d explained it all very clearly. I took notes. But I’d never been willing to try it. Slow running seemed so boring. And it’s counter-intuitive: how do you get faster if all you ever do is run slowly?

Well, you don’t. You can’t ONLY run slowly. Besides the weekend long runs, I also started attending track night to do speed work. The secret is in the ratio of slow to fast. Matt Fitzgerald wrote a book about it called 80/20 Running, which I highly recommend. And yes, that’s the ratio: 80% of your workouts should be slow (Zone 1-2). Only 20% should be fast (Zone 4-5). Notice the absence of Zone 3? Zone 3 is the junk zone, the place where you work harder than you should for absolutely no gain and a high risk of injury.

I basically lived in Zone 3 for years. It explains a lot.

Luckily I found a partner in this project—another runner who, like me, had suffered constant injury from running too fast for too long. We made a pact: we would train for this marathon as slowly as we needed to, and we would finish it without getting injured. 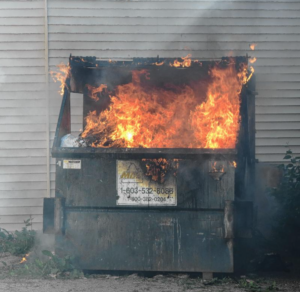 and the BMO was canceled.

In all honesty, it might have been a silver lining. One of the other things I discovered this year was just how long it takes to build a solid base of running. I don’t know if I would have been ready to run a marathon last May. It might have produced the injury I was trying so hard to avoid.

Instead, when the marathon was canceled, we stopped building miles but kept on running. And the months passed, and we got faster…and we did not get injured.

Now, this requires some explanation. Both of us have had to learn to be proactive and listen to our bodies. To back off when an ache becomes a little too persistent, BEFORE it turns into an injury. This might sound easy, but don’t be fooled. Yesterday I started a Zwift workout and had to force myself off the bike after fifteen minutes because of a niggle in my quad that I had noticed on Sunday’s long run. Zone 3 Me would have muscled through and ended up limping for the rest of the day. Long Slow Me looked at today’s scheduled run and decided, nope, I’m going to play it by ear. Any pain and I go home.

It’s been a learning process, and as we try to put together a new marathon program and I continue to make bone-headed training mistakes, I still feel like I’m in preschool.

But on the whole, the plan is working. I have never, in my whole life, been able to run consistently like this without serious injury. And in the end, that was what I really wanted. The win is in the process. The race—if it happens next year—will be a bonus.