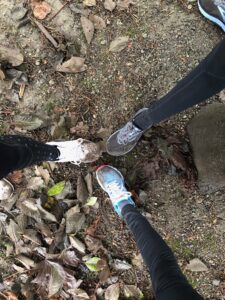 So…I thought I’d start the year off by forgetting everything I’ve ever learned about running and instead doing too much speed work in one week and upping my mileage at the same time, just so I could totally ruin my Sunday long run and have to walk home while my run buddies enjoyed a 20K run by the ocean on a gloriously sunny winter day.

With that in mind, I’ve decided to make a list of the things I’ve learned and maybe post it somewhere where I’ll see it regularly so that I don’t forget. If it helps anybody else, so much the better.

Here it is, in no particular order.

I’m sure I’ve forgotten things. If anyone has any wisdom to share, please add it in the comments. I’d love to hear about it.

I started the new year doing something dumb (not really a surprise if you know me). I’ve since made a sweeping declaration to my running partner that I will not do anything dumb in running for the rest of the year. Outside of running I cannot make that promise.