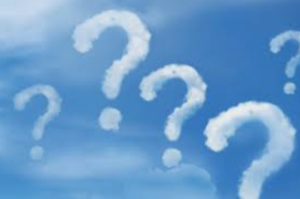 Training is officially underway for Ironman 2021…or is it? Some days I’m convinced the race can’t possibly go ahead. Part of me thinks, Thank God, because I’m not ready. Though another part thinks, Come on already, Covid, I’m not getting any younger. Who knows how many more Ironmans (Ironmen?) I have in me? And in truth, I’ll never feel ready. I don’t think anyone does.

I guess one of the things we’re training for these days is an acceptance of uncertainty. Regardless of the control we think we have over life, uncertainty is the norm. Of course, it always has been, but until last year, it was easy to pretend otherwise. I’m uncomfortable with that; I don’t like it. But that doesn’t change the truth of it. If I’ve learned anything from the pandemic, it’s that we never know what’s going to happen, and we shouldn’t take anything for granted.

When it comes to Ironman, I’ve decided the only safe way to proceed is to assume the race will go ahead and train accordingly. The alternative—to not train and then find out, surprise, here comes race day—is too awful to consider.

This plan hasn’t been without its complications. Swimming has been a battle this year—that’s a topic for a separate post—and while I’d like to think I’m making progress, I’m still a long way from where I need to be. It used to be the one event of the three I was quite certain I could manage without mishap. That is no longer the case. As it stands now, it will be a miracle if I can finish the 4k in an hour and half.

And running? Last year, when there was nothing on the line, I was running 20-25k every Sunday without any issue. Running was going so well…until it wasn’t. Suddenly, my old friend Achilles came to visit, and then I broke my toe but kept on running because I’m me, and then that foot developed compensation issues, and then…yeah. What else is new?

I’m afraid to mention cycling out of pure superstition, so I just won’t say anything about it.

Will I really be sad if Bonnie Henry decides Ironman can’t go ahead? No. It will feel like a reprieve, but I have a feeling that reprieve isn’t coming and it’s time to start penciling in some longer distances on my calendar.

“Stop thinking of it as a problem,” my son says. “Think of it as an opportunity.”

Ironman has a way of opening doors to what at first seems impossible; it also has a way of cutting people’s expectations down to size. And even though these two things sound mutually exclusive, the race (in my experience) manages to do both.

“So it takes thirteen hours,” a friend said. “Or it takes seventeen. Who cares? Just do it.”

No expectations, because what’s the point? So. Here I am. Let’s do this. (Maybe).