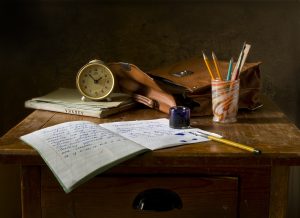 It’s a writer’s dream: you open that email or get that phone call from a publisher or agent with the big news: they want to publish your novel. It’s actually going to happen—after years of heartache and probably also carpal tunnel syndrome from so much typing.

That day, the day you get the news, is huge. You’ll probably cry. I did. You’ll probably think your life is going to change. I did. People will recognize you on the street. Writing your next book will be so much easier. You’ll lose those ten pounds.

Ummm. No. Or, I should say, not entirely.

One thing that does change is the feeling of validation. Usually, by the time you finally get that yes, you’ve got a lot of no’s under your belt. I mean, A LOT. No’s get heavy after a while. It doesn’t feel good to carry them around. They sink you. In that way, the yes makes a huge difference.

But I would say, in that way only. That one yes does not mean you now have a publisher for life who will accept every golden word you write. Sorry to say this, but you’re only as good as the book you’re writing right now. Every time you write something new, you’re essentially starting over. What you’ve done before doesn’t matter—although what you’ve learned from it definitely does.

As your knowledge of the craft expands, you do get better at putting a novel together. But I would never call it easy. Or rather, it has never been easy for me. I’m able to see the flaws much more quickly and head them off at the synopsis stage, rather than throwing out hundreds of pages of work—though I’m not going to lie. I have thrown out hundreds of pages in my past and will likely do so again.

Another danger is that writers tend to write the same book over and over again. Start book two and you’ll see what I mean. The plot points will be oddly similar to your first book. Even the subject matter might be similar. You’ll get halfway through and think, oh. Damn. Here we go again.

Regardless of how well your first book does, there will suddenly be pressure on you for the second book that you’ve never experienced before. If the first book did well, you’ll feel pressured to measure up to that success. If it did poorly, you’ll feel anxious about doing a better job so the publisher will take the next one.

There are things that happen after you get the phone call that other writers don’t mention. The stress of the editorial process is one of them. Things move quickly, and you’d better be prepared to drop everything and meet your deadlines. By the time you proofread the galleys, you will be so sick of your book, you’ll never want to see it again. You certainly won’t want to read it again.

And then one night you’ll wake up in a sweat with the realization that this novel, which has existed more or less as a secret in your life, will be out in the world for ANYONE to read. You might think this is exciting, and it is. It’s also terrifying. There will be reviews. Not all of them will be good. Or worse, there won’t be reviews. No one will care.

Chances are quite good that no one will recognize you on the street after your first novel is published. Movie producers won’t line up outside your door begging for the screen rights. The blank page will still be blank.

But…there is that validation, and it’s powerful. And there’s experience. You’ll take what you’ve learned and bring it to the next project. And that project will kick your butt all over again, but in a different way, and you’ll have something new to bring to the table for the project after that.

Is it worth all the heartache? If you hesitated for even a second over that question, then the answer is no. There are easier ways to earn a living. But if you’d do this for nothing (and guess what, heh heh), then you’ve come to the right place.