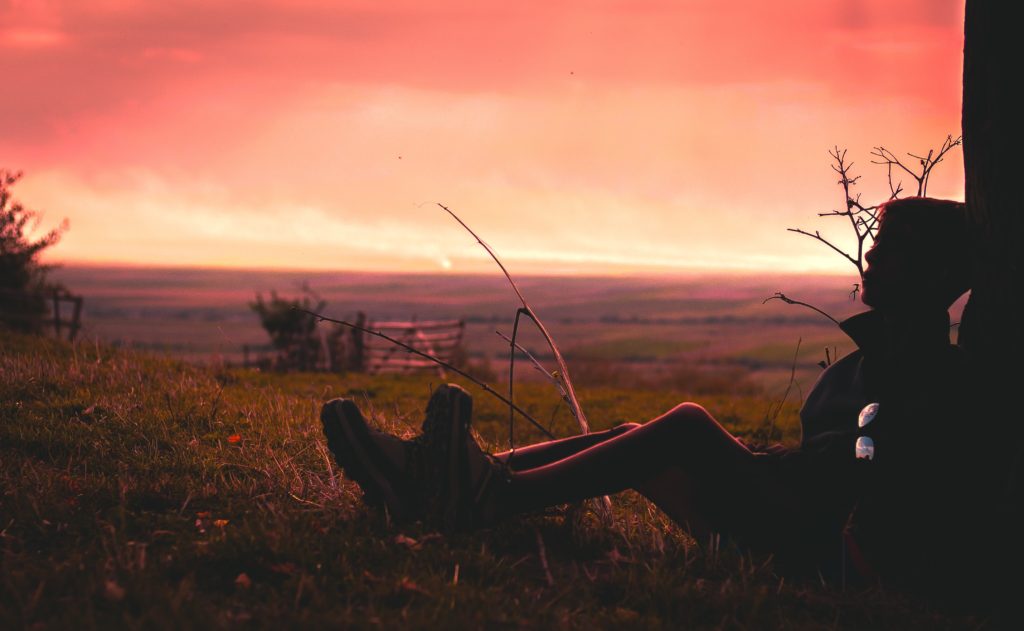 It turns out I’m quite good at what my daughter calls pretend-rest. This is when you know you’re injured but you don’t really want to admit that what you need is time off, so you only pretend to take time off. You do more or less the same workouts—maybe a bit shorter or a bit slower, but you don’t really change anything.

And your injury doesn’t go away. And you start wondering why it’s taking so long to get better. And there is a part of you that knows what you really need is to actually take time off. OFF. Like, stop doing the sport that’s causing you trouble, and stop doing the other sport that’s contributing to the trouble.

I don’t know of a single triathlete who likes taking time off. We get a little angry when the idea is suggested to us. In fact, the process of coming to terms with rest involves the five stages of grief (and I’m not even kidding): denial, anger, bargaining, depression, and acceptance.

If you can make it to acceptance, it all becomes okay. But getting there is rough.

I tend to spend a long time denying there’s anything wrong. When that stops working—because at a certain point, you can’t hide the limp anymore—I get angry. Sometimes my injuries really do come out of nowhere, but more often than not they’re my own fault. I’ve pushed too hard or done something I know I shouldn’t. In this case, it’s a hangover from Ironman. I don’t really know what happened—except, I guess, Ironman happened. It was a long day.

The bargaining stage is where pretend-rest comes in. I’ll stop riding and will only run, or, I’ll stick to the flats, or, I won’t go hard, I promise. And I mean, sometimes you can get by with that. I’m all for pretend-rest if it works. But usually it doesn’t.

When you finally realize you’re not getting better, the hard truth starts to sink in: yes, you actually have to TAKE TIME OFF. Prepare to be bummed out.

I’ve been off for about ten days now. I have come to a full acceptance of it. And, miracle of miracles, my leg is getting better. If this sounds a bit like kindergarten rehab, that’s because it is. When you rest, you get better. There is nothing complicated about it.

Does it bother me I can’t snack on potato chips anymore? Yup.

Does it bother me that every passing day I feel like a little more of that hard-won fitness is slipping down the drain? Yup.

But as it has been said by someone smarter than me, sometimes the longest way round is the shortest way home. If I’d done this properly in August, I’d be better by now.

The only other advantage to rest is that it has allowed me to spend extra time doing another four-letter word: work. Is that actually an upside? I’m not sure.